Last June my life changed when I became a doggy mummy. As a family we have always had pets but never have I been the “parent”. 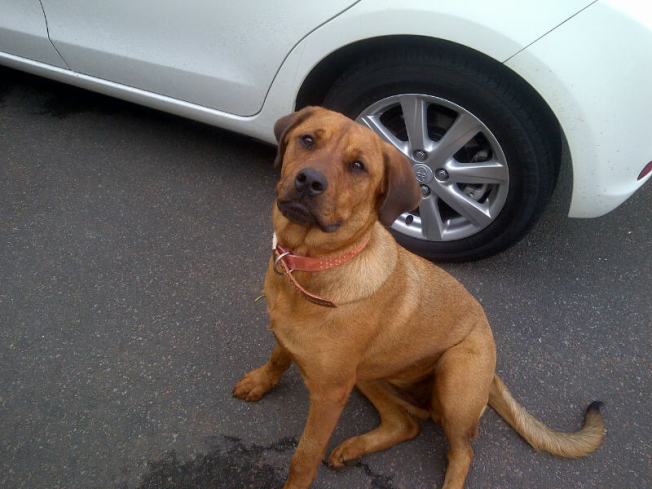 Zara was born on the 4th April 2013. She is half Ridgeback and half Rotteweiler. She is brown in colour and totally gorgeous. It was really love at 1st sight and I was totally Smitten with Zara. From buying her doggy treats to a fancy bed and toys – yes yes – I became mummy obesessed. Zara is such a mummy’s girl she loves cupcakes like me! Not real ones, but a toy one which she loves.

Last week Zara went into the vet for a simple procedure of getting spayed. However this has now lead to Zara being taken to the after hours emergency room on early hours of Sunday morning, as she opened up her wound and and caused it to bleed. My brother refused to let me see her and took her to the hospital. On returning home, Nico told me Zara was having surgery done and the open wound was infected 😦 The vet later called to say it was infected, but surgery was performed and Zara was in recovery mode.

This morning Zara came home all bandaged , huge white funnel around her head and mum has put socks on each paw to prevent her from scratching herself.

Yet again I wish I had my magic wand to make my beloved Zara better.

Get well soon my nunu Zara.

Everything from familylife and parenting to DIYs and reviews

Lifestyle and Parenting Blog Of A Rock n Roll Mommy

I'll Take It All

Food adventures of a troubled chef